As a photographer, all my feelings are expressed with the images and through childrens, with them trying to express their feelings too… Each of us express feelings in our own way.

During the fifth year of the war in Syria, no matter where you were you could see effets of the war: buildings, schools, and streets were entirely destroyed, gutted cars and bombed out stores became the landscape.

I did not bring a model and the photo was not taken in a studio or in any way staged, though it sums up the situation in a simple way. The young girl was familiar with the habitual scene, which she could see daily from her window. The destroyed red car seems similar to a swing set for children during war. This was daily routine as she experienced it.

Life has a different meaning for children who grow up affected by war. Instead of being in schools, which are also bombarded by the regime forces and their allies, children spend their time playing in the destroyed streets.

When the fighting began in Aleppo in 2012 between forces of the Syrian regime and the support of foreign militia against the opposition forces, the city was anxious and afraid. It was common at that time to see soldiers and skirmishes… It was an unbalanced war in the streets between the Syrian regime with its military arsenal on one side and the arms of the opposition fighters on the other.

In 2016, the residents of Aleppo became used to having funerals in their streets almost daily. The routine funeral procession was followed by children who were nearby. The number of victims was very high at that time because of the intensive bombings. From another viewpoint, the children watched those everyday horrors and were greatly influenced by what they saw and lived through, and these things became banal for them. This photograph shows the children playing the game called ‘Martyr’, which was a way for them to reinterpret the painfulness of their daily lives.

Fouad, a 11-year-old Syrian boy who works everyday following the school time to provide for his small family, as his father suffers from disease. 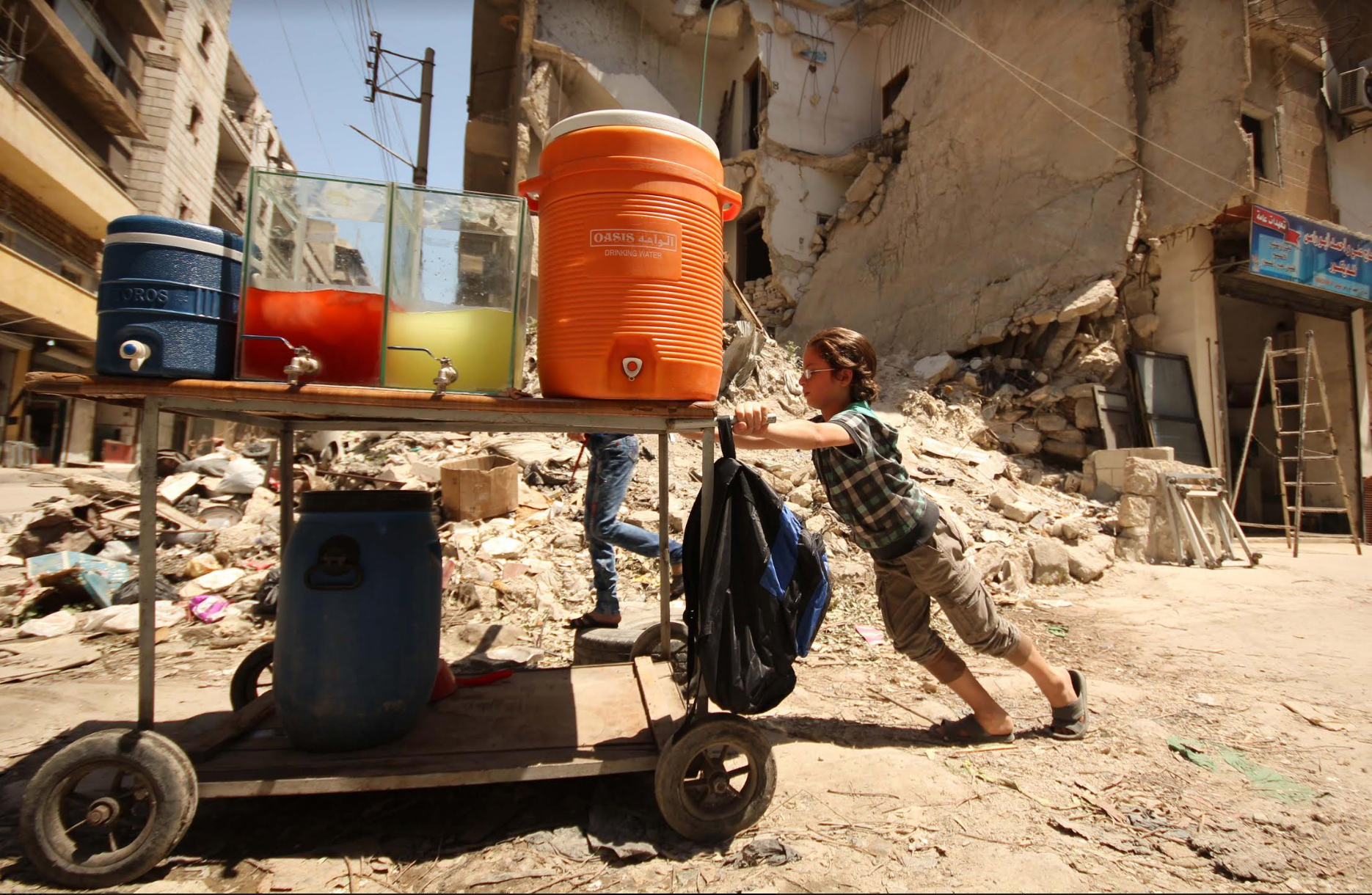 Children in the country were now contributing to the family income in more than three quarters of Syrian households, according the report released by UNICEF.

A Syrian boy flashes victory sign as he walks past the ruins of destroyed buildings following a reported bomb barrel attack by Syrian government forces hit al-Mayser rebel held neighborhood in the northern Syrian city of Aleppo, July 6, 2015. ​​​​​​​
↑Back to Top